When I started working remotely fours years ago, I had no idea of what it would entail, nor was I aware of how common that would have become. Fast forward to 2021, and everyone is talking about embracing remote and flexible work practices. Except... the data says something else.

Before we dig into the numbers, just as a quick reminder of where the world is at today:

The list could go on and on, but you get the idea.

So in the middle of the great resignation, you would think employers are doing whatever it takes to attract and retain talent... right? Except in most cases they're not, or at least not in Europe.

Data from marketing vacancies on LinkedIn shows that companies in cities like Paris, Oslo, Copenhagen, Stockholm, Amsterdam, or Dublin all offer remote work as an option in less than 10% of the cases. That's right, 2022 is around the corner and over 90% of the roles require an on-site presence.

Below is a list of 40 European cities ranked by the percentage of marketing jobs listed as remote. 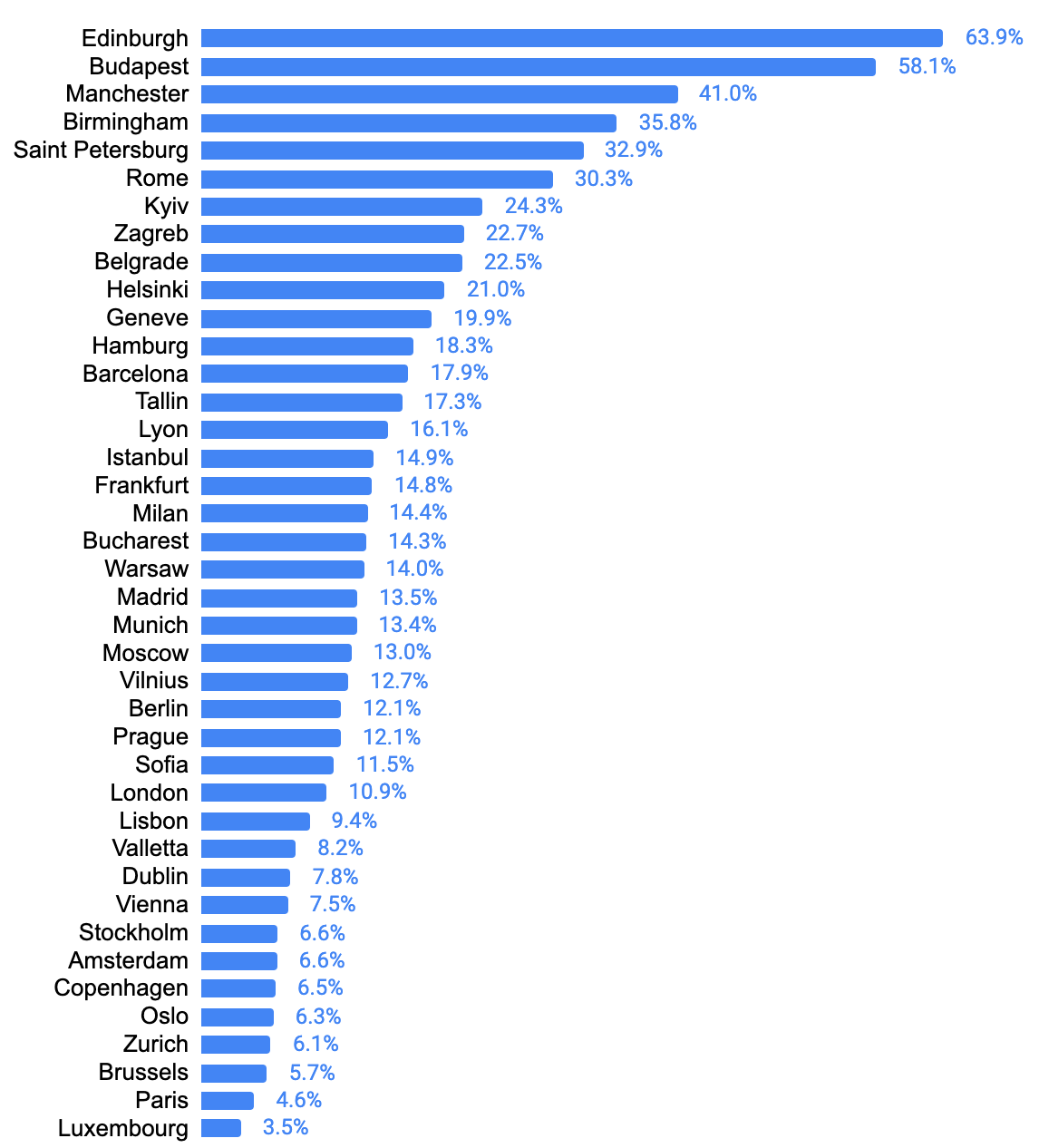 Out of 40 cities, only 6 offer more than 30% remote marketing roles, and only 2 offer more than 50%. Non-remote doesn't necessarily mean that the on-site presence is required at all times,  so another way to analyze the data is to look at the share of hybrid options.

Below is a list of the top 5 cities in Europe by hybrid marketing roles. 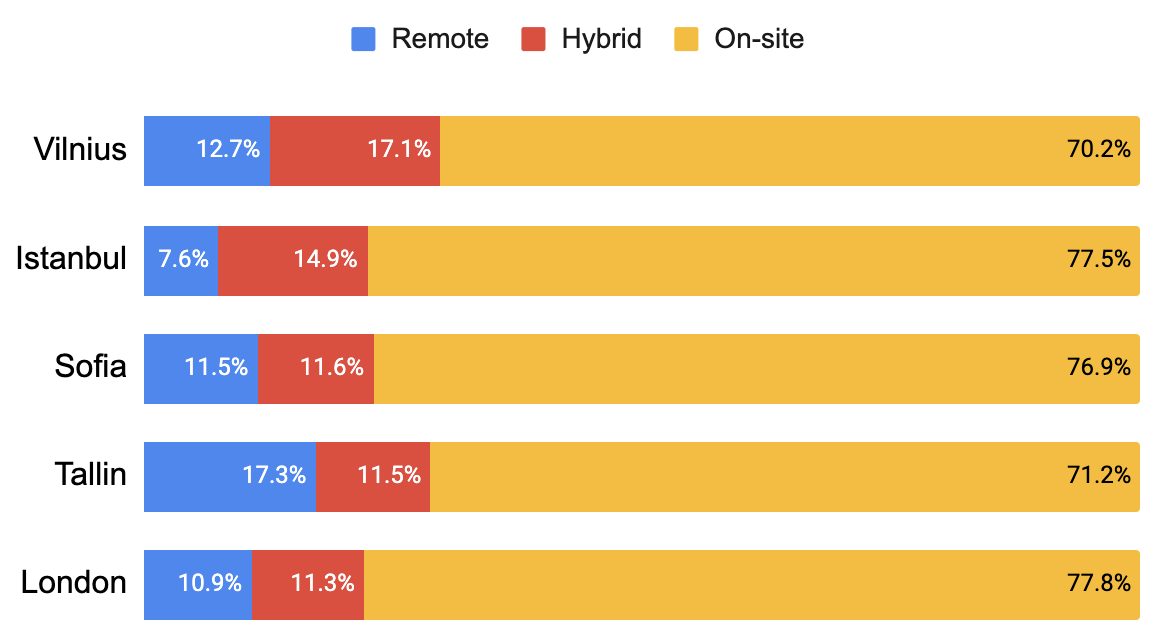 As you can, see businesses in some cities may partially compensate for the low openness to remote work by adopting a hybrid setup, but even for the best-in-class the share of full on-site listings stays above 70%.

Moreover, there are also cities where the adoption is incredibly low, like  Barcelona where only 2% of the roles are listed as hybrid, or Berlin where it is 1%.

So now that we analyzed Europe's adoption of remote and flexible work practices, let's take a look at the US.

Share of remote marketing jobs in selected US cities 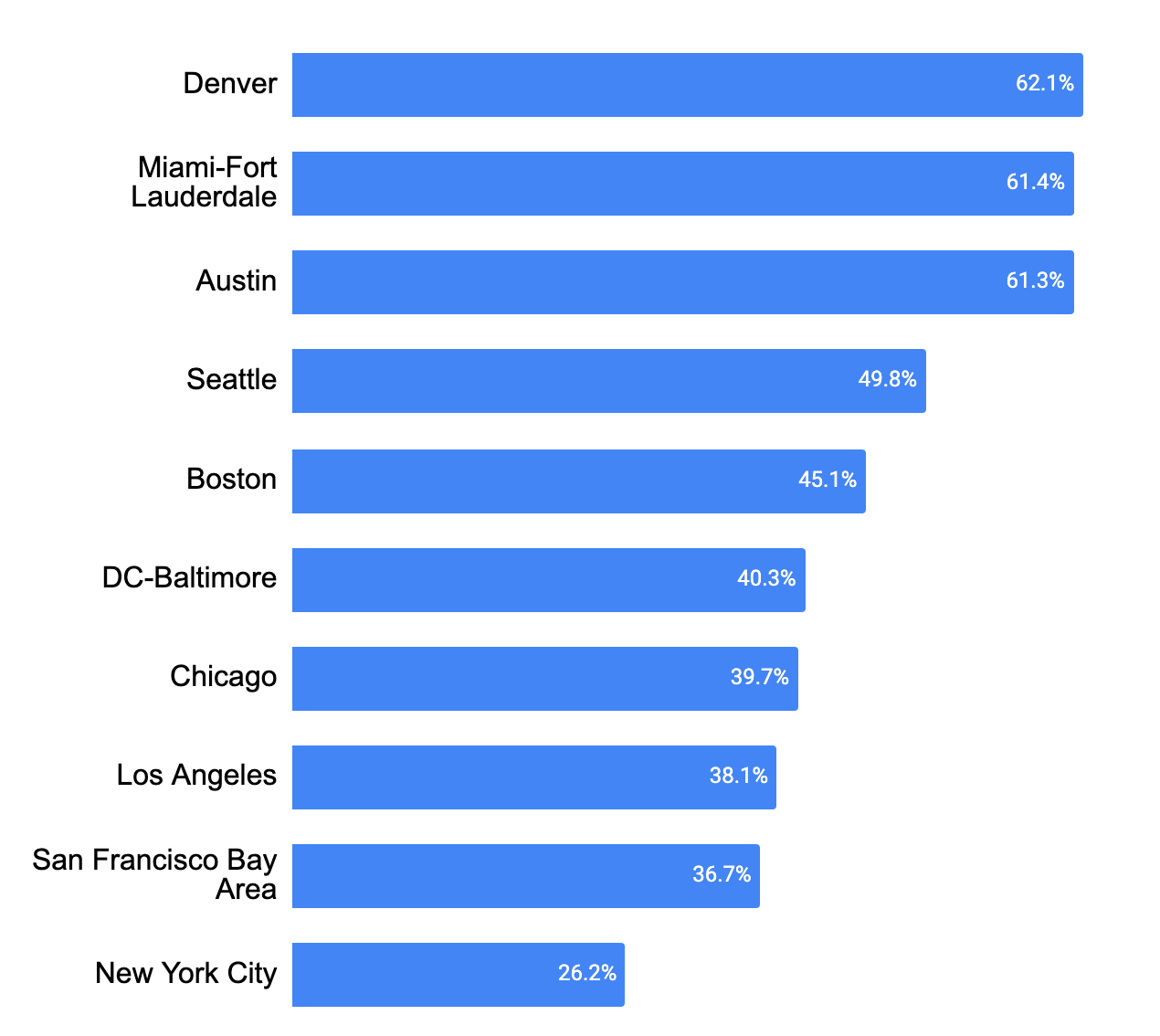 It's quite obvious that in the  US the phenomenon is being embraced on a completely different scale. On average, remote work adoption is three times higher than in Europe. 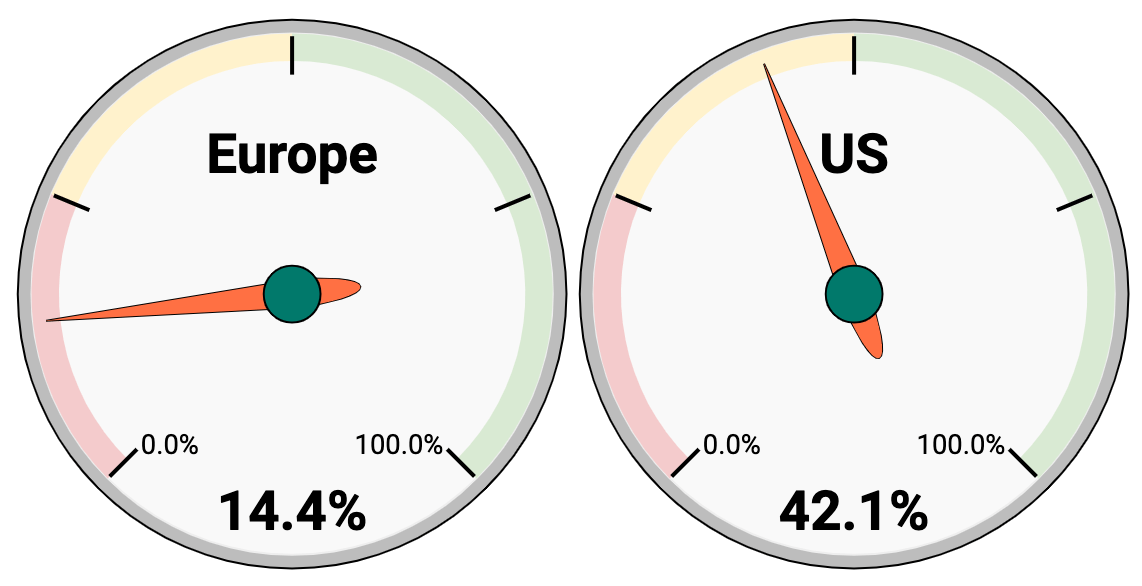 The way Europe is lagging behind is significant, although hybrid work practices appear to be much more embraced compared to the US.

In fact, only 1.9% of vacancies in the US are labeled as 'hybrid', compared to 6.7% in Europe. Certainly, many employers that choose to list 'on-site' roles might still allow some work-from-home days, but such a strong resistance to advertising their work culture as "hybrid" is concerning.

What seems to be true everywhere is the correlation between the ability to attract talent and the openness to remote work setups. Cities that are less capable of persuading people to relocate there are embracing remote work a lot more than those that, supposedly, can afford not to. For example, New York and San Francisco rank at the bottom out of the largest tech hubs, London's share of remote jobs is a fourth of that of Birmingham, and the same is true for Paris compared to Lyon.

A lot has changed over the past two years, leading to a general consensus that remote work is no longer the future, it is present... but the data suggests that this may not be true everywhere. Remote work is not for everyone, and not all businesses need to embrace it, but it is my opinion that a faster and broader adoption of flexible work practices can only have positive effects on the whole ecosystem.